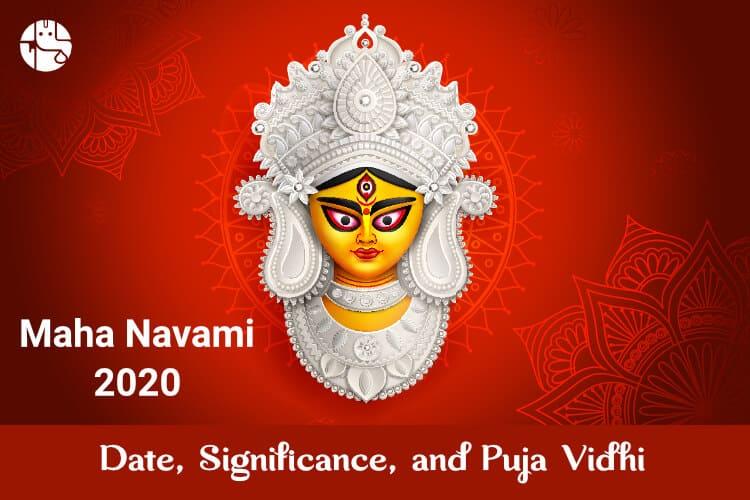 India - The Land of Festivals

The homeland of copious festivals is now on the outskirts of beginning for celebrating its main festival of the Nation. Due to India’s various brilliant carnivals with a mixture of dynamic culture, and ethical background, India is considered as the native of celebration where every single Indian celebrates several festivals wholeheartedly with complete verve. Out of all those festivals, Navaratri is one such festival which is the heart and soul for the Indian’s folk and accommodates the deep religious significance.

All About Maha Navami: Meaning and Significance

Maha Navami also known as Durga Navami is celebrated as the victory of good over evil. Maha Navami is an extremely religious festival devoted to deity Durga and her 9 vigorous avatars. In these nine days, a feminine embodiment of goddess Durga is worshipped and celebrated as “Mahisasuramardini”, meaning the Annihilator of the Buffalo Demon Mahishasura. On the Ninth day of the fete, Durga Maa forged her last assault on demon Mahishaura, and the following morning, on Vijayadashmi, triumphed over him.

In India, the celebration of this nine-day festival is commemorated with much fervour and reverence by Hindu across the country, especially in parts of North and West India. Devotees of different states come together to worship the eight aspects of goddess Durga.

Based on the mythological view, the goddess Durga manifested on the day of Ashtami, and since then the special pooja is brought about under the name of goddess Durga. This day is also designated as the second day of the last set of Navratri dedicated to honouring goddess Durga.

Maha Ashtami is believed to be the most important day of Durga Puja. On the auspicious day of Maha Ashtami, Durga pooja initiates with the Mahasnan and Shodashopachara Puja. Small pots are to be installed on this day, and Nine Shaktis of Durga are invoked in them.

When the numen Durga manifested in different forms in various regions, it is believed that on the day of Asthami, the eight incarnations of goddess Durga came into being in the form of numen Gauri, who is also deliberated as a problem solver and health giver.

Maha Navami, also called Durga Navami, is the 9th day of Shardiya Navratri. This time, Maha Navami is going to be celebrated on 24th and 25th October, 2020.

According to Hindu belief, Maha Navami Puja is equivalent to the worship of all nine forms of the goddess in Navratri. On this day, the manifestation of Siddhidatri is worshipped as a goddess Durga. Vijayadashami, the succeeding day of Maha Navami and also marked as the Dussehra, means to defeat as well as destroy.

In North India, Maha Navami Puja is done through the progeny worshipping, also known as Kanya Puja. Usually, on this day, girls below 7 years old are dressed in colourful clothes and are made to sit on a pedestal as goddess Durga. Then their feet are washed, and they are served with Puri and Chana. Some devotees also observed the Mahanavami Upvas (fast) on this day.

In South India, the day of Maha Navami is dedicated to Goddess Saraswati. Ayudha Puja is performed on this day. They pay respect to all the tools of knowledge and weapons. There is a tradition of smashing a white pumpkin in front of the vehicle at the time of Puja for eliminating all the evils.

On Maha Navami, the powerful Mahishasura Mardini Mantra or Stotra as mentioned below is chanted while worshipping Matangi or Goddess Siddhidhatri.

Significance of Performing Sandhi Puja on Ashtami and Navami

The legendary Sandhi Puja on Ashtami is perceived as the most notable puja connected to the Navaratri. This is the time when the Ashtami tithi ends, and the Navami tithi starts. At this time of juncture, Durga Balidan takes place in which the sacrifice is offered to the goddess Durga by slaying pumpkin.

Ashtami and Navami puja both are the two important aspects of Maha Navmai in which the spirit of Womanhood is celebrated, and thus on this day, devotees pay attention to the Kanya Puja across India. Ashtami, Navami, and Sandhi Puja all three are the Chief Puja of Maha Navami, And if these two pooja meld Sandhi Puja together before Sanyakal on Ashtami Tithi, then these three Puja can be performed on the same day.

Navami Homa is an indispensable part of Navami Puja, and it is performed on Navami tithi during the Durga puja. Navami Homa is also known as Chandi Homa. On this day, people look out for the blessing from the mother goddess for a happy and prosperous life.

Maha Navami is the day of celebrating the Nine Vigorous avatars of goddess Durga and the day also symbolizes the day of good over evil. The chanting of over 700 verses from Durga Saptashati and Aahuti on the day of Navratri brings blessings of goddess Duga all over your home and discards all the evil things from home. Get Durga Saptashati Puja performed especially for you to achieve victory over all that is stopping you from achieving success, from anywhere by our renowned Pandits.