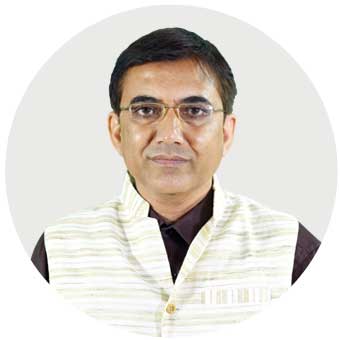 He does not rely only on his reasoning faculty. Due to continuous practice of Siddha Vedic Mantras, he has developed a certain amount of intuitive ability which helps him analyze unseen powers and arrive at correct conclusions.

He was born in an orthodox Brahmin family in Junagadh in 1970. It is an ancient fortified town, rich in myth and legend, at the foot of the Girnar hill. He gives credit to his wife who placed implicit faith in his abilities. He has a son named Advait.

Chanting mantras is his passion. He is very interested in music, and played cricket in his early days.

After continuous Upasna, meditation and introspection, he found himself full of positive energy and vibrations. He began to believe that the divine Shastra of astrology must be used to bring back faith in every human. He felt that the purpose of our life is to grow and go beyond the illusion of life. He chose astrology as a career to bring a meaningful change in others' lives. 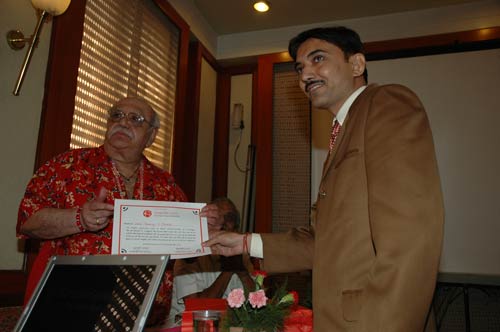